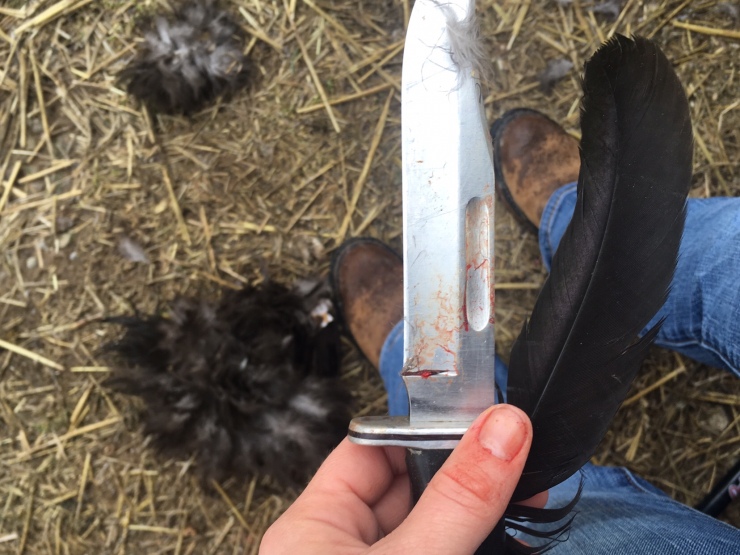 I’m sure you’ve heard stories about not so nice roosters. I always assumed those stories were a tad exaggerated for entertainment purposes.

Let me assure you, they’re not!

It happened to me today. I got my tush kicked by the King of the roost. It came out of nowhere and took me by total surprise and I’m still a bit frazzled about the whole ordeal.

I was going about my normal morning routine of handing out buckets of feed and water. He came at me out of nowhere like some kind of ninja chicken and he wanted blood.

He tried to get me in the face first and I dumped an entire five gallon bucket of water on me on the way to the ground. Before I could even realize what happened he came at me again and again and again.

I looked around for anything I could use as a weapon…nothing! Finally, I spotted a rake and made a mad dash for it screaming like a maniac.

He was on my tail and the rake was FROZEN to the ground!

I gave him a good swift kick and finally yanked the rake up just in time to guard his next rounds of flogging.

Somehow I found an exit route and ran for the house. I lost the first battle, lost my breath, and lost my pride.

The stories are real. They are not exaggerated. Roosters CAN be ruthless. This one wanted to KILL me.

We don’t have room for asshole roosters around here. I have toddlers who like to run alongside the chickens and it’s only a matter of time before they’d fall victim to one of his attacks.

I gathered my composure, went back outside, and did what needed to be done.

The balance of power in the barnyard is restored and we’re having chicken for supper! 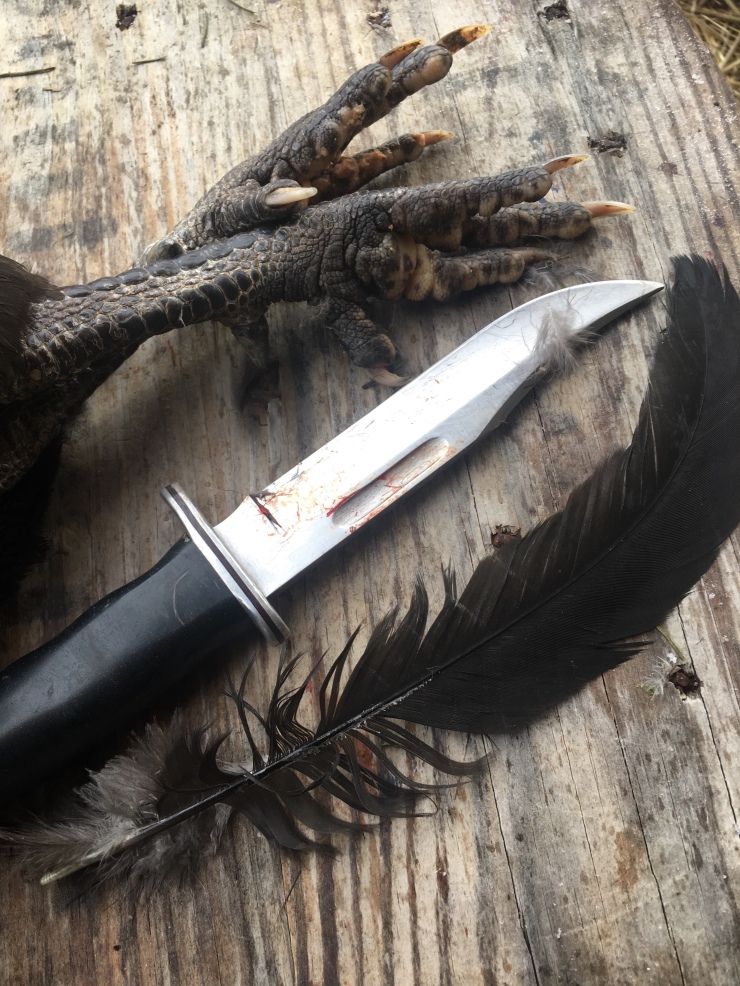